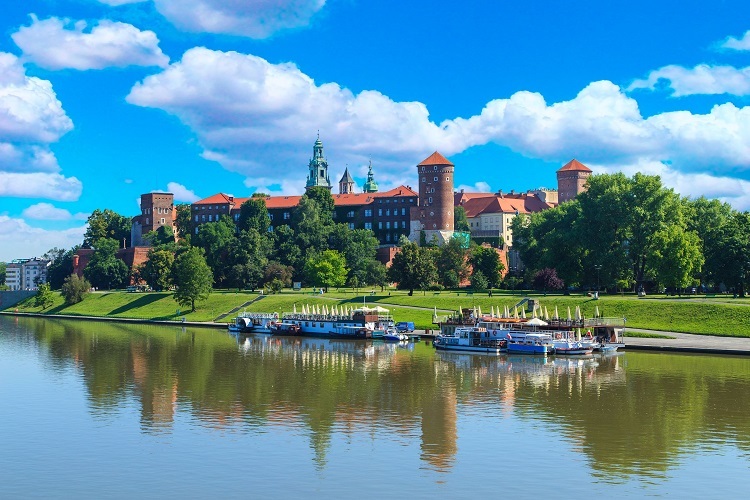 Home Destination & Places Polish underground attractions by ITS DMC Poland
Facebook
Twitter
Pinterest
WhatsApp
Getting underground is not a first thing that comes to a tourist’ mind when they want to explore a country. Still, in Poland it should be one of such first thoughts as the country has many interesting underground attractions really worth discovering. Some of them are natural formations, some are connected with rich mining heritage and others are connected with military activities so common on Polish lands. Nevertheless, all of them have one common factor, they include getting underground and are all year long attractions. Check what underground Poland has to offer with the below ITS DMC Poland recommendations.

7. Tarnowskie Góry Lead-Silver-Zinc Mine and its Underground Water Management System

8. Zloty Stok Gold and Arsenic Mine

Four of the underground attractions is Poland are enlisted at the most prestigious UNESCO World Heritage List. First of all, we have Wieliczka and Bochnia mines located in Lesser Poland region close to Cracow. Both are situated at greyish-green salt deposits and were mined since Medieval times. Wieliczka Salt Mine was actually enlisted at the very first UNESCO World Heritage List. Both mines are open for tourists and have modern sightseeing routes. Wieliczka is especially famous for its underground salt lakes, salt figures and St. Kinga’s Chapel. ITS DMC Poland especially recommend visiting Żupy Krakowskie Museum after sightseeing of the main tourist route in Wieliczka, it is usually less crowded than the main route and allows you to enjoy the whole salt story more. Another underground site is situated in Tarnowskie Góry. This historic lead, silver and zinc mine offers the modern mining museum, visit in the mine, open-air museum of mining machines and possibility to take boat cruise underground in Black Trout Drift. Finally, Krzemionki Prehistoric Striped Flint Mine is a comparable stone age attraction to British Stonehenge.

Poland can also boast two beautiful caves. First of them is located in the St. Cross Mountains. Heaven Cave (Polish: Raj) is situated in Checiny and has magnificent stalactites, stalagmites, pillars and stone pearls. ITS DMC Poland also suggests joining sightseeing of this place with Checiny Castle Ruins and Da Vinci Science Centre. Another cave is located in the Sudetes in Klodzka Valley. It is the Bear Cave. It is bigger that the former one and also has all cave geological structures in various shapes, sizes and colours. We recommend a visit there with another underground attraction nearby Uranium Mine in Kletno.

Recent years have showed a tendency to open many old mines to tourists. One of the most interesting examples includes Złoty Stok tourist centre which is a former gold and arsenic mine where tourist, among other attractions, can ride on board of the mining train, take the underground cruise or observe the underground waterfall. Poland is also famous for its coal mining. Tourists will not be disappointed when they visit such former coal mines like Guido, Queen Luisa Drift or the Old Mine in Wałbrzych. Finally, ITS DMC Poland also advices to visit central Poland and Klodawa. The salt mine there is unique because of the stunning pink salt deposits and the fact that it is the deepest tourist route available to tourists as it is about 0.5 km underground.

Above examples clearly show that Poland is very rich in underground tourist routes and we have not even mentioned underground city routes such as in Sandomierz, Opatow, Lublin or Chelm. All underground tourist routes have one big advantage, they can be visited regardless of the weather and season. They are even more interesting in winter when there are not so many tourists as during warmer months. No matter if you are interested in nature, technology or history, you will definitely find something to your liking in Poland. If any of the above-mentioned attractions caught your attention, feel free to contact ITS DMC Poland. The professional group specialists will tell you how to visit the highlights and will help you to organize your Polish adventure.

How to Choose the Best Camping Microwave

Ole Beyer - January 26, 2023
A microwave is an essential part of every kitchen. I have a countertop microwave and I use it several times everyday to cook and...

How to Safely Book Online Travel