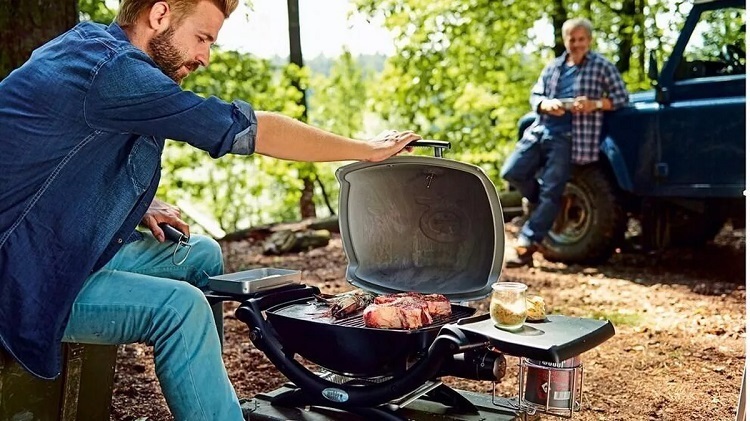 Heading out to the deck on the first night of summer is something everyone looks forward to after being cooped up during the cold months. And what else is there to do but have a barbecue… or a grill. Is there a diff? Both so luscious and delectable. The words “barbecue” and “grill” have always been used interchangeably. Little was it known, there is a considerable difference between the two.

Different kinds of meat and poultry call for different cooking temperatures and varying amounts of time by which to cook them. To get that perfect steak, accomplished chef’s advice against moving the meat around too much while cooking. Better to leave them be to get those mouth-watering grill marks you constantly see on product shots in ads. Another thing, if upon trying to flip the meat, it sticks to the grill a bit, wait, it is not yet ready.

Grilling is cooking foods hot and fast, ordinarily at over fifty degrees Fahrenheit with the lid up. Done over direct heat, the gas or charcoal flame is directly below the meat. This is what people love to do with family and friends on a clear summer night out in the backyard. And this is what is actually meant when people say “barbecue”.

Steaks, pork chops, hamburgers and hotdogs are The staples of grilling include steaks, hotdogs, pork chops, and hamburgers. Seafood, vegetables and some fruits make delicious grills too.

Barbecuing is cooking food in a low and slow way. It is cooked over a very low heat of about 200 degrees Fahrenheit or lower for a quite long time taking hours to even a whole day.

Barbecuing is done with indirect heat and the lid closed. The heat source connects to the chamber where the meat is laid, therefore, the meat is not directly over the fire. The heat source for barbecuing can either be charcoal or wood. The meat absorbs the distinct smoky flavour the particular type of wood gives off, causing the flavour of the barbecue to depend on the kind of wood used.

The more customarily used cuts of meat for barbecuing are the ribs, beef brisket, pork shoulders or whole turkey and chicken. These are generally tougher and for them to be good and tender, the low, slow heat of a barbecue is most recommended. The most tender and flavourful meats are meticulously cooked after a very long time.

Marinades are consistently used for food meant to be grilled. For the meat to fully absorb the flavours and some liquid from the marinade, a good soak in it for a couple of hours to overnight will do the trick. Afterwards, cook the meat hot and fast on the grill after having discarded the marinade, for a juicy, delicious meal.

Barbecue sauces and spices can be used both for grilling or barbecuing. They can be rubbed on to the meat prior to cooking or sprinkled sparingly before putting them on the grill.

Hungry and craving for those slabs of the juiciest, most savoury steaks yet? Save your grilling skills for some other time and just step into Meatworksco restaurant in Melbourne, a pleasure palace of meaty goodness.

Why is Asian cuisine very flavorful than Western food? Find out here

How to Choose the Best Camping Microwave

Ole Beyer - January 26, 2023
A microwave is an essential part of every kitchen. I have a countertop microwave and I use it several times everyday to cook and...

How to Safely Book Online Travel